Just caught up with former KIDoc, Dr Jamie Doube – Jamie is special for doing his GP registrar years in part on Macquarie Island with the Australian Antarctica Division as both Station Doctor but also as a major player in the program there to eradicate rabbits from this pristine environment.

He is way to humble to mention that he got the Antarctica Medal in 2011 for this work. He is also a useful doctor – trained as both rural & remote doctor, plus GP-surgeon and GP-anaesthetist. Not sure if I can convince him to get the trifecta of GP-obstetrics…

Jamie was with me on KI when he got the call to be part of Team Alpha as part of the Australian Medical Assistance Team (AusMAT) response to the ‘super-typhoon’ that decimated the Philipines in November.

AusMAT is one of a number of agencies, both Govt and NGO, who respond to disasters. Ironically AusMAT training had occurred on Kangaroo Island the week prior, but this exercise was no comparison to the Philipines disaster response.

You can read more about AusMAT and the Australian National Critical Care Response Centre below.

I spoke to Jamie last week after he got back – and he sounded buggered after some extraordinary work in Tacloban treating victims.

But since then he’s been off on another adventure, as part of the Australian Antarctica Division response to a helicopter crash on the ice with three seriously injured expeditioners. The sheer logistics of retrieving survivors from a crevasse-laden ice field, using a variety of aircraft, to the nearest AAD Base and then transfer to an airstrip is phenomenal – a five day retrieval of over 5000km. By all reports the expeditioners are doing well, a credit to the expertise of the AAD. No doubt an ATSB report will be released in due course – but to survive a crash on a remote ice field is impressive. 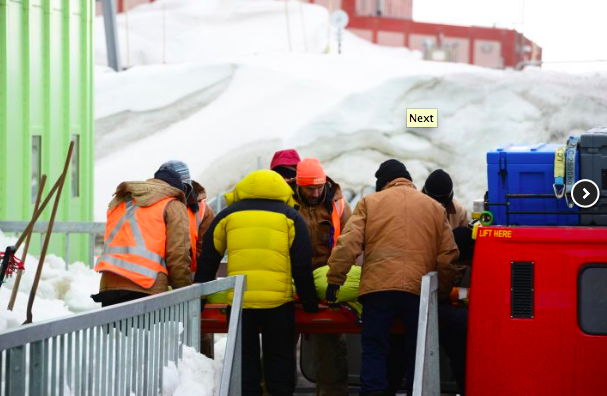 Have a listen to Jamie talk about his experiences

I am a Rural Doctor on Kangaroo Island, South Australia with interests in EM, Anaes & Trauma. I am an Ass/Prof in Aeromedical Retrieval with Charles Darwin University and hold senior specialist (retrieval) positions in NT and QLD Avid user & creator of #FOAMed; EMST & ATLS Director, Instruct & Direct on ETMcourse.com; faculty for Critically Ill Airway course and smaccAIRWAY workshops. Opinions expressed on these sites must not be used to make decisions about individual health related matters or clinical care as medical details vary from one case to another. Reader is responsible for checking information inc drug doses etc.

The ICE blog promotes discussion among Clinician Educators from around the world, archiving a variety of education resources. We welcome anyone with an interest in health professions education.

Discussion on the law that applies to or affects Australia's emergency services and emergency management, by Michael Eburn, PhD and Barrister.

A Hive Mind for Prehospital and Retrieval Med

The innane ramblings of a guy from Canberra...

where everything is up for debate . . .

The Tactical and Field Medical Blog

Reflections of a Rural GP

Adventures of a Medical Expat

Not just a GP

Why GP is the greatest job in the world

Life in the Fast Lane • LITFL